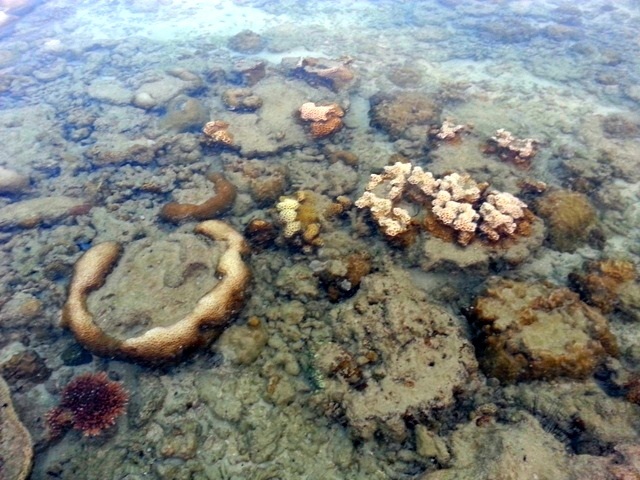 Although there are some beaches that operate year round. This white sandy, palm fringed island is blessed with crystal clear warm waters, were you can discover an abundance of marine life.
Pulau Tioman certainly is the most beautiful island, few other areas can boast such a spectacular variety of natural environments -deserted beaches, tropical forests, rivers and streams and picturesque fishing villages.

Like many other dive destinations in the world Tioman have suffered much over recent years due to excessive human impact -as one of the major tourist destinations. Nevertheless, for those staying on the island it is not difficult to organize excursions with local diving centers to neighboring islands, which along with Tioman are part of the Pahang Marine Park.

The most interesting sites for diving purposes are Pulau Chebeh, Pulau Tulai and Pulau Labas; closer to the mainland are also Pulau Babi Tengah, Pulau Babi Hujung and Pulau Rawa. Here as well, gardens of Acropora are common, along with vigorous colonies of alcyonarians, various species of wrasse, butterflyfish from the genus Chaetodon and various species of large tropical sea anemones with their clownfish from the genus Amphiprion.

Pulau Tioman and the surrounding islands are under the jurisdiction of the state of Pahang, although in general those who reach the island via sea set out from the coastal city of Mersing, in the state of Johore.

This later port also offers the possibility of reaching good seabeds with lovely coral reefs near the islands of Pulau Aur, Pulau Pemanggil and Pulau Dayang.

Nevertheless, Western visitors usually reach Pulau Tioman via the airport which is near the Berjaya Tioman Resort. Indeed, the island’s great development as a tourist area, with accommodations choices ranging from rustic chalets to five-star hotels, guarantees its convenient daily flights to Kuala Lumpur and Singapore (about a one-hour flight).

Tioman is the island on the east coast of Peninsular Malaysia. It is located in the South China Sea, approximately 32 km from Mersing, the closest mainland port. Measuring some 22 km long and 11 km at the widest point, the island has a total land area of 133.6 sq. km.

In its early history, Pulau Tioman was known as a stopover for sailors, fishermen and traders to get fresh water and firewood or simply for evading storms. The island was a settlement for Malay fishermen several hundred years ago and there are now six major villages on the island, mainly on the west coast. Rubber and coconut are the main crops planted on the flat coastal area.

Tioman has beautiful beaches with surrounding marine areas. The landscape and the beauty of the island have attracted many tourists, locally as well as from abroad, and the island was once voted one of the 10 most beautiful in the world. In addition to fishing activities, tourism has become a very important income generating activity on the island. Many tourist facilities such as chalets, rest houses and hotels have been built, either by the state government or the private sector. While it is fair to say that development over the last 10 years has had some adverse impact on the islands’ environment, it remains a beautiful and restful place.

It is the sea which attracts many visitors to Tioman, particularly divers, who come to enjoy the warm clear waters. The reefs around Tioman and the neighbouring islands, which radio-carbon dating shows are nearly 6,000 years old, have many varieties of coral and tropical reef fish, as well as larger species such as turtles and sharks. The rare giant clam is also found here.

Immortalised as the fictitious paradise Bali Hai in the 1960’s box-office hit musical “South Pacific”, many myths and legends surround the island. The most popular one holds that the island is a dragon. The high peaks at the south of the island are in fact:

The house reef is an ideal training ground, with calm shallow water, combined and variety of corals on the reef in slightly deeper water. Boulder, staghorn and brain corals, colourful tropical fish and our very own school of small yellow tail barracuda combine to make this a great introduction to diving. Also used for night dives.

A little further from the beach is our closest wreck, the “Tom Yam”. Settled on a sandy bottom, the wreck is dotted with soft corals, barracuda and reef fish.

This site, located off the beach at the Marine Park headquarters, has 8 wrecks at varying depths. Inquisitive batfish follow divers on their exploration – starting just below the surface as you descend. The wrecks are all connected, so finding your way around is not difficult. Soft corals abound and shoals of fusiliers and trevallys can often be seen at the wrecks.

Pirates reef is one ot the main breeding sited for adult fish in Tioman. Hatching season in March-May sees huge numbers of tiny fish on the reef, with numbers hardly seeming to decrease over the year! There are many hard coral varieties making this busy colourful site ideal for photographers. Also used as a night dive site, when small bamboo sharks are often spotted.

This site is seldom visited, it conditions is intact and flourish with soft corals and fans. Home to a large puffer fish and shoals of common reef fish.

Sawadee is the deepest dive site close to the main island, often used for deep dive training as part of the Advanced Open Water course, as well as for leisure dives. It has many soft and hard corals, and large shoals of fusiliers and kingfish are also found here.

A short swim from the island itself lies another Tioman wreck. The wreck has colourful soft corals and small barracuda and morey eels are often sighted.

Accessible only from the wreck at Renggis, this rarely visited site covered in hard corals, including blue corals and pavona cactus. Many varieties of tropical reef fish abound at the reef.

A small island surrounded by large underwater rocks, with many soft corals. and soyak wrecks are covered with a wide variety of soft corals. In addition to many tropical reef fish, common sightings include a giant grouper, lion fish, large bump head parrot fish, nudibranchs, a large napoleon fish and turtles. A giant grouper is often sighted at the wreck (or nearby Soyak island), as are schools of fusiliers, yellow tail kingfish and trevally. Lyre tailed wrasse follow you around and a black tip reef shark is sometimes seen.

Genting Bay slopes away from Tulai island to depths greater than 30 metres. The site is characterized by large rocks, covered by a variety of corals, common marine life include a giant grouper, bump head parrot fish and lion fish including many gorgonian fans, other sea fans, soft corals, whip corals and some black coral. .

On the north side of the island, this sheltered bay has a variety of hard corals. Many common reef fish are found here in addition to turtles and blue spotted sting rays.

Malang Rock provides two contrasting environments, sheltered on one side by Tulai Island and with deeper water on the other. On the sheltered side a school of small barracuda is often found within this extensive potato corals and pavona cactus. On the other side, there are large rocks with a variety of soft and hard corals. Sharks are sometimes seen in the deeper water channel. Other marine life includes turtles, trigger fish, lion fish and nudibranchs.

Tiger Reef lies In the channel between Sepoi and Labas islands. There are both soft and hard corals including sponges, gorgonian fans, fire corals and plate and table corals in this deep, open area with spectacular huge rocks. The site also have variety of fish, including trevally, tuna and shoals of yellow tail snapper. Often a strong current makes for a challenging dive!

Labas is essentially a group of large rock, Similar to Malang Rock, turtles, puffer fish and blue spotted sting rays can be seen here in addition to many common reef fish and tunnels running through the rocks create make it easy to swim through, this site is very popular with many divers.

The site is famous for its occasional sightings of whale shark and manta rays during the annual migration (around April and October). Surrounded by enormous volcanic rocks and boulders, Chebeh Island can be dived at different places, depending on conditions. Schools of large trevallys and snappers can be found. The rocks create tunnels and passages, making this a challenging site to explore. The site is also known for its trigger fish.

The name of this dive site means Naughty Island. Large boulders surround this rocky island, creating swim through, tunnels, corridors and caves. If you are keen to see sharks or barracuda, the appropriately named Naughty Island is where you’ll see them.

Huge barrel sponges, plus a wide range of fish species features this underwater garden of spectacular colour and formation. 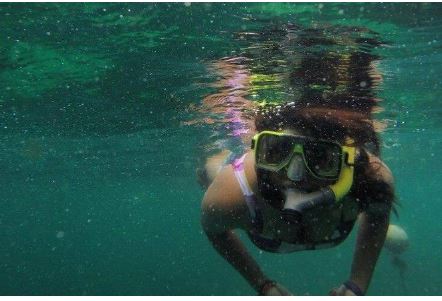 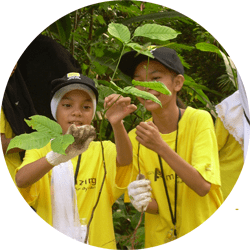 Your Escape to Nature
Junglewalla; means people of the forest, a nature outfit and pioneer of  Nature Tourism in Langkawi since 1994.  Journey with us to experience the wonders of Langkawi Island.